I’m thrilled to announce that I’ll be writing a piece for Brisbane-based Ady Ensemble in 2015. Ady Ensemble are a 23-piece string orchestra who formed in 2011 under the baton of Adrian Head. They count amongst their many premiere’s Philip Glass’ Symphony No 3 and regularly commission new Australian works as part of their emerging classics project.

For Ady Ensemble, I’ll be creating a new arrangement of Journey to Centre, the music I wrote for Sydney’s Centennial Park Labyrinth. With 23 string players, there’ll be a lot more musical possibilities. I’m looking forward to exploring lusher harmonies and overlapping melodies similar to that of my recent remix.

A confession – I’ve wanted to write for string orchestra for years! In fact, when I first the idea for Journey to the Centre popped into my head, I heard a string orchestra rather than a string quartet. Budget constraints helped me decide to go with the later!

Ady Ensemble will premiere my piece in their June 11, 2016 concert in Brisbane.

Though I haven’t met Adrian or the ensemble yet, I see they do like a cuppa. As someone who is tea-obsessed, I take this as a sign of a  great future together. 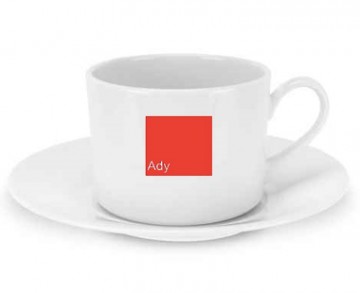